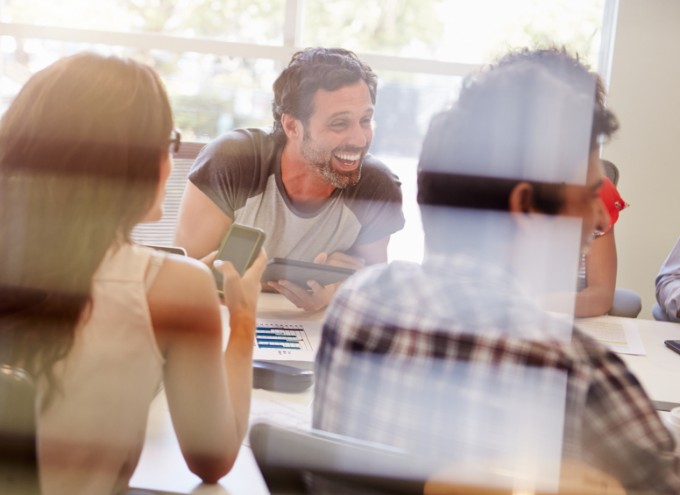 Updated April 2017 – The definition and goal of brainstorming is to “produce an idea or solve a problem by holding a spontaneous group discussion.” Today, that discussion doesn’t have to take place in the conference room at a time that suits the whole group. Online chat rooms, Google Docs, upload folders, CRMs, video hangouts and a host of other tools take “time” and “place” out of the equation. Yet the basics of a good brainstorming session remain and these tips can still be key to your success…

Brainstorming is a great way to generate ideas for your company, but if you aren’t setting them up correctly, it’s easy for things to fall flat. In this post we’ll outline some best practices to help transform your next brainstorming session into a nearly literal storm of new ideas.

Include the Right People

Having the right people, and right number of people is key to a good brainstorm. Ideally, you’ll want between five and 10 people involved — enough to keep the creative juices flowing, while keeping lines of communication open for everyone involved. Having too many people can actually lead to less ideas, because there won’t be time for everyone to say all that they have on their mind.

If it’s a brainstorm for a marketing campaign, obviously people from marketing should be involved, but encourage them to bring in anyone else that may be able to help. It’s tempting to think that more outspoken people will generate the most ideas, but this isn’t always the case. Invite a variety of people with different perspectives to maximize your success.

Having too broad of a topic will lead to a very unfocused brainstorm. Instead of brainstorming “ideas for our next marketing campaign,” try, for example, to generate ideas about how to encourage new customers to visit your store between specific dates, and purchase a certain item.

The leader of the brainstorm serves two functions: scribe and referee. They are the ones writing down everyone’s ideas, as well as facilitating a zone of no judgement, while still making sure everyone is staying focused. Sometimes it helps to have a neutral third party — someone not directly involved with the project — lead the brainstorm, since they won’t be motivated to try to steer ideas in any particular direction.

If it helps, put a sign up in the room that says “There Are No Bad Ideas In Brainstorming.” Then, put up another one next to it that says “There Are No Good Ideas In Brainstorming.” Making positive judgements about ideas can be just as bad as negative ones, because it might cause your team to generate more ideas similar to the “good” ones, rather than exploring other possibilities which might be even better.

Really, everything. You’ll clean up the list later, but any editing constitutes judgement, which is not allowed during the duration of the brainstorm. Just like a bad idea can seem like a good one in the moment, a great idea can appear to be a throwaway when excitement is high.

For extra awesomeness, write the ideas down on a whiteboard. That way everyone involved can refer back to them, and an early idea might trigger a different thought later on.  Just make sure to write small, or have two whiteboards.

Don’t allow people to explain their ideas, just write it down and move on.  If there is no explanation, others in the room will be free to make their own interpretations about what the idea is about, which will lead to more unique ideas.

It’s also good to have a set number of ideas you want to generate during the brainstorm.  Make the goal something high, like 50 ideas in an hour. By putting the pressure on the number of ideas, rather than the usability of any one idea, your team will be uninhibited, and free to come up with unique solutions.

Even in a best case scenario there are probably going to be some lulls. Write out some prompts ahead of time that you can pull out to keep things moving if your team hits a speed bump.

Hold a brainstorm session that follows these rules. Shake things up a bit and concentrate on keeping the flow of ideas coming. A great brainstorming session can be used as a morale booster for your staff and doesn’t have to only be for your next great marketing idea. 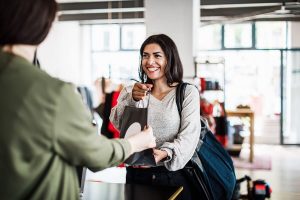 7 Reasons to Use Direct Mail Marketing 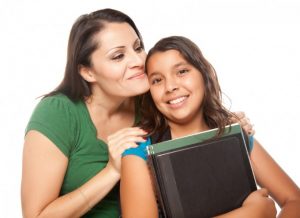 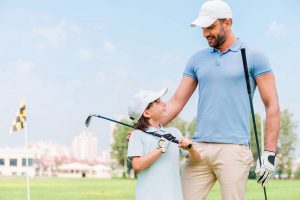 Father’s Day Marketing – Wait till Dad Gets Your Direct Mail