The craft beer scene has exploded in recent years, making up $26 billion of overall U.S. beer sales in 2017 alone. This rise in popularity has contributed to a rise in the number of breweries across the country. With over 6,300 breweries in the United States, it’s estimated that the majority of Americans live within 10 miles of a craft brewer. These breweries pack a serious economic punch too, contributing $67.8 billion to the U.S. economy and providing 128,000 jobs.

American’s love affair with beer is a long and complicated one, which we won’t go into here for the sake of time. It should be noted; however, that up until 2012, two major corporations owned 90% of beer production in the U.S. Between 2008 and 2016, the number of breweries grew dramatically from 1,574 to nearly 5,500. So, what happened? Economists and beer aficionados alike attribute this explosion to a few different factors:

New exceptions to laws that favored major corporations make it easier for small breweries to sell their products directly to consumers in taprooms.

Craft brewers focus on tastes historically underrepresented in the mainstream beer market (think IPA). These fuller flavors and new varieties have driven consumer demand for a higher quality of beer.

Today’s consumers are passionate about supporting local businesses. Breweries, especially successful ones, can make a major impact on their local communities. Who wouldn’t drink to that?

Like most small businesses, craft breweries face their own set of unique marketing challenges. There’s a lot of competition out there and breweries are usually working with a tight marketing budget. Using traditional marketing tactics doesn’t always work with craft beer fans either. The most successful breweries have mastered the art of marketing to their audiences, without making them feel like they’re being marketed to. Simple, right?

Luckily, you don’t need a million-dollar budget or a complicated strategy for your marketing to be effective. There are a lot of simple, cost-effective options out there. Here are our top five:

1. Get Social With Your Beer Marketing

Connecting with your audience is the most critical component of your brewery’s growth. Social media not only gives you direct access to your customers, but also boosts word-of-mouth marketing.

Don’t be fooled into thinking that just having a social media account is enough. Successful breweries actively encourage their fans to engage with their accounts. For example, Ballast Point Brewing has racked up some serious engagement by re-posting user generated photos.

Social media is also a great way to get the word out about upcoming events, collaborations and tap takeovers, or to give your followers a behind-the-scenes look at your brewery operations. If you do only one thing by way of marketing for your business, let it be mastering the art of social media.

Successful breweries know the importance of event marketing. Event marketing comes in many forms, from sponsoring, hosting or participating in an event. These are great opportunities for you to interact with your fans and connect with potential buyers. In return, your audience gets a unique, firsthand look into your brewery’s personality, without feeling like they’re being sold to. Remember, marketing without the feeling of marketing is key.

Some breweries have taken their event marketing a step further, renting out their spaces for meetings and events. Harmonic Brewing secured over $5,000 in bookings the first month it opened its space up for events. The brewery has hosted everything from company events and happy hours to weddings and holiday parties.

3. Team Up for Collabs

Partnering with another local business is a great way to drive a sense of community and goodwill while promoting your products. Hosting a local food truck at your brewery is a good place to start, and there’s little to no cost involved. Consider teaming up with local animal shelters to host a monthly “yappy hour.” Your patrons can interact with adoptable dogs and you can promote a good cause.

Sponsoring a local sports team is another great way to advertise your brewery while supporting your local community. If it’s an adult league, donate a keg or two to the concessions, or invite the team back to your brewery for specials immediately following a game. In 2016, Green Bench Brewing partnered with the Tampa Bay Rays to brew a special craft beer, the 2-Seam Blonde Ale, which is sold exclusively at Tropicana Field during home games.

Build hype around your product by starting a private membership club. Membership clubs are a great way to grow your loyal fan base while bringing in more cash. Many breweries use these clubs to release rare beers and promote upcoming collaborations and events. Yazoo Brewing charges $300 a year to join its exclusive club, and caps memberships at 150 people total. The $300 gets members 8 bottles of rare beers, tickets to exclusive parties and early access to purchase special collaboration bottles. Your loyal fans will love the sense of exclusivity being in the club brings, and people who aren’t in the club will wonder what they’re missing out on.

A targeted direct mail campaign can be a great addition to your other localized marketing efforts because it enables you to reach thousands of local homes without breaking the bank. Plus, beer elitists love saving money. 62% of beer drinkers responded to an ad/coupon in their mailboxes in the past 12 months.1 Offer a BOGO on growler fills or $5 off a purchase of $25 or more.

If you’re worried about the effectiveness of direct mail, don’t be! Long Blue Cat Brewing started its direct mail campaign to 20,000 homes in December of last year and began seeing an increase in new and returning customers immediately. The brewery receives around 10 coupons each week, with an average ticket of $31 per customer.

It’s an exciting time to be in the craft beer industry, but with all the competition, there’s a lot of planning that should go into your marketing strategy. If you’re feeling overwhelmed, or just want to talk marketing, contact your local Valpak representative. 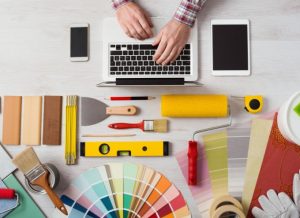 Digital and Mobile Path to Purchase for Home Improvement Consumers 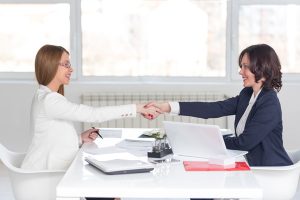