Advertising in Las Vegas to Homes and Consumers

Marketing Your Business in Nevada

Reach up to 360,000 Qualified Households in Las Vegas and Clark County

As the Entertainment Capital of the World, Las Vegas attracts millions of tourists each year with world-class resorts, gambling, fine dining, sightseeing and nightlife. Everywhere you look, a casino, restaurant or sports team is spending thousands of dollars on advertising in Las Vegas. But what about local businesses? How can you weed out these tourists to effectively reach residents with your Las Vegas advertising?

How are you advertising to these residents? Are you sure you’re doing it right?

Does Billboard Advertising in Vegas Work?

No matter which way you turn on the Strip, you’ll see a billboard advertising a casino, show, personal injury lawyer or special event. But what if you want to reach residents with your advertising? Wouldn’t you rather know the audience viewing your Las Vegas advertising actually lives here and is genuinely interested in your products or services? Gambling is best left to the tourists and not for your business. Direct mail, not a billboard, is the sure bet to target owner-occupied, high-income households with your ad spend.

74% of U.S. households look through the advertising mail they receive. Choose direct mail advertising in Las Vegas to:

Not all direct mail produces the same results either. You’ll be hard-pressed to find a direct mailer that outperforms Valpak for advertising in Las Vegas. 9 out of 10 households open the Valpak Blue Envelope and 81% look at every ad inside it.1

Every month, hundreds of thousands of households open their doors to Valpak’s envelope of coupons from businesses advertising in Las Vegas. Businesses that share space in our envelope share mailing costs for affordable, direct mail advertising. Our local team of Las Vegas advertising experts can help you choose the best direct mail format for your type of business and advertising goals:

Consumers are more connected than ever before, which means your options to reach them with your advertising message are seemingly endless. So how do you choose the right advertising in Las Vegas? Newspaper ads are inexpensive but deliver so-so return on investment. Billboards are flashy but mass marketing rarely provides the revenue results of targeted advertising. Digital marketing is an awesome tool, especially when used in conjunction and to complement direct mail advertising. Social media marketing introduces your business to a savvy, younger audience but these leads are often more top of the funnel.

In creating your marketing strategy, it’s important to identify the key performance indicators (KPIs) to track with your marketing campaign. Will your Las Vegas advertising generate:

Get the performance you deserve from your ad spend by advertising in Las Vegas with Valpak of Las Vegas.

It would be a sin to not consider internet marketing in your advertising strategy. Potential customers across Clark County often start their search for local goods and services from their smartphones. When crafting your internet marketing strategy, it’s critical to ensure that whatever method of digital advertising in Las Vegas you choose, it’s easy to view and take advantage of on smartphones, laptops and desktops. To complement your direct mail marketing, it’s advantageous to consider adding one or more of these digital marketing solutions:

Don’t spin the wheel with your advertising dollars – take charge. As a Google Premier Partner, Valpak of Las Vegas has the knowledge and experience to grow your business online with digital advertising in Las Vegas. With the robust capabilities of our performance tracking, we ensure greater ROI for your Las Vegas advertising spend.

“Valpak has shown great results in our new location. We are getting a lot of new clients and
making good relationships with them. My new location is growing faster with the exposure Valpak has provided!” – Nathan Curtright, One Love Pet Salon

From direct mail coupons to solo direct mail, ad space that fits your business at prices that fit your budget.

Performance tracking of your direct mail and digital advertising campaigns to prove return on investment. 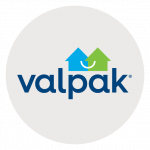 “Valpak has shown great results in our new location. We are getting a lot of new clients and
making good relationships with them. My new location is growing faster with the exposure Valpak has provided!”

For specific dates and coverage, contact your Valpak of Las Vegas representative.

Valpak of Las Vegas is an independently owned Valpak franchise.

Joe Musa, the owner of Campus West Liquor Depot, has been in business for 34 years and worked with Valpak for the past 12 years. He credits Valpak with reaching the best homes in the best local neighborhoods around his store to bring in new customers - around 200 to 300 new customers a month. Joe tracks the performance of his advertising and appreciates how Valpak has grown with the changing of the times. Campus West Liquor Depot uses Valpak for its digital marketing solutions too. Joe's local Valpak office even helps him increase brand awareness on his store's social media accounts. He appreciates the firepower Valpak has to research the most-effective advertising solutions and the consistent new business he gets from advertising with his local Valpak franchise. Partnering with Valpak has been a success and Joe recommends that his business friends and family use Valpak to increase their advertising return on investment.

How Much Does It Cost to Advertise with Valpak in Las Vegas?

Valpak can be as little as 2-3 cents per household in Las Vegas. How often you mail and to how many households, the industry you’re in, discount pricing (when available), the format of your print piece and whether you add on digital marketing will impact the final cost. When you meet with your Las Vegas Valpak professional, we will create a total marketing solution based on your business needs and goals. This would include, Valpak, digital advertising, PlusOne, and SOLO mail.

Where Does Valpak Mail in Las Vegas and How Often?

What Are Some of the Best Advertising Options Available in Las Vegas?

Targeted direct mail marketing from Valpak can be the most affordable option for a business to advertise in Las Vegas. With a proven track record and a household name, Valpak often outperforms other advertising agencies in the Las Vegas area. Digital marketing is also a low-cost advertising option to extend the reach and potential return on investment of any print advertising campaign.

Why is Valpak the Best Way to Advertise with Direct Mail in Las Vegas?

Because 9 out of 10 households that receive Valpak in the mail open it. What other advertising can say that? Our Blue Envelope and PlusOne™ postcards target an audience with more income and purchasing power than the average local consumer. For even more targeting capabilities and format options for businesses in the Las Vegas area, check out our customizable postcards.

Does Valpak Work in Las Vegas?

We work with our clients to develop a Valpak marketing program specifically around their marketing goals and objectives with a focus on brand awareness and ROI. With our ability to track our marketing campaigns, we’re able to show our clients exactly how their Valpak advertising is performing every month.