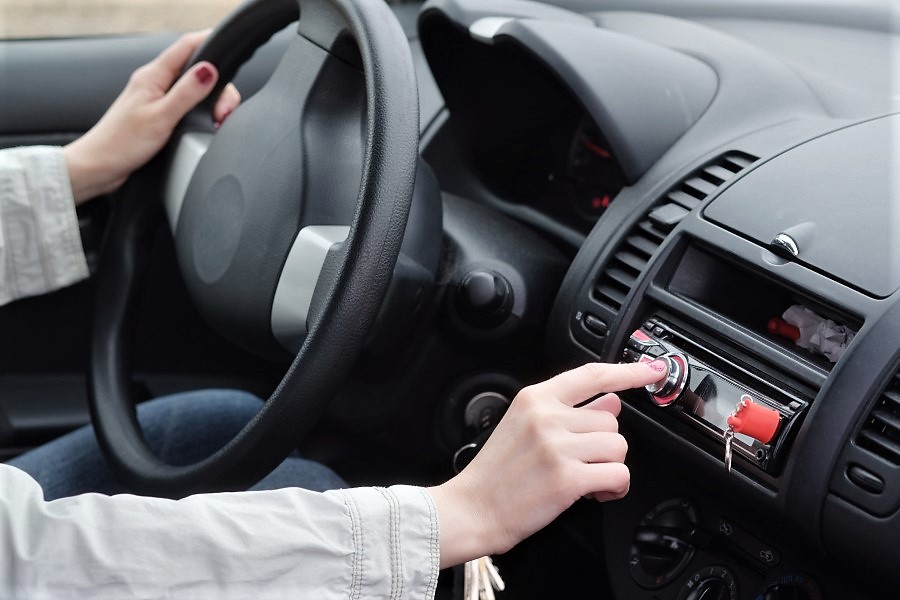 If you’re one of the 30 million small businesses in the U.S., you may feel your marketing is a perpetual uphill climb. It’s a constant struggle to generate quality leads, let alone convert those leads to sales.

Radio advertising has been around since 1922. While radio ads have run for nearly a century, this type of brand awareness mass marketing is decreasing in effectiveness as more sophisticated audience targeting capabilities hit the marketplace. So, what’s the future of radio advertising? Recent revenue figures aren’t promising.

From 2017 to 2018, radio revenues only grew one 1.1 percent. Overall, radio revenues were $17.6 billion in 2017. Last year, that figure increased to $17.8 billion. That’s a large number, without question. But it’s the breakdown by platform that’s the most telling of where this medium stands in today’s digital climate – and where it’s headed.

Streaming; however, is a different story. Last year, Americans hit a record-high with 534.6 billion total streams – up 42 percent from 2017. That’s a lot of streaming. It will only increase as the digital transformation continues. The streaming audience will have to come from somewhere. That “somewhere” is likely AM/FM.

Industry experts project total radio will remain stagnant in 2019. In the 2020 election year, radio will surge once again. And by “surge,” experts mean increase by 1.2%.

Over the next 10 years, digital and off-air will continue propelling the industry forward until, eventually, there isn’t a need for traditional any longer. What does that mean for your advertising and marketing plan? Costs will continue to rise as listenership declines with AM/FM radio’s audience jumping ship to streaming services and other digital platforms.

Radio sells ads in 15, 30 or 60 second spots. Promotions can also include mentions and other add-ons that radio stations consider “freebies” or upsell you to.

The cost of creating a single-voice radio ad is $1,000-$2,500. This includes creative strategy, copywriting, production, etc. Adding more voices will cost you an additional $150-$200. How much you’ll pay for the spot to air varies. Of course, the length of your ad plays a factor. But market size, placement times and frequency also come into play.

Basing an ad off a 60-second spot, airing 19 times per week (15 times during Monday-Friday and 4 times on the weekends), you’re looking at the following minimums.

How Much Does It Cost to Advertise on Radio by Market?

That’s quite a discrepancy, isn’t it? Based on these figures, we can break down cost per lead (CPL).

Let’s say you own a pizza restaurant. If 50 people call after hearing your radio ad in a given month, your CPL is $88. Is your average order $88?

With Valpak direct mail, your cost can be as little as pennies per household. For pizza restaurants, we recommend you mail 30,000 targeted homes around your location. At 3 cents per household, that equals $900 per month – $3,500 less than a month of radio advertising.

If 50 people call your pizza restaurant in response to your Valpak ad, your monthly CPL is $18 (80% less than radio).

Let’s say you own a window installation company and 5 people call after hearing your radio ad. Your CPL is $880. The average cost of window installation is $5,114, so radio advertising is a viable marketing investment for your business… but Valpak is better!

If 5 people call your window installation company, your monthly CPL is $600 (32% less than radio).

And, you have a better chance of attracting your target audience with an ad in Valpak’s Blue Envelope.

The above figures are based on the top-performing station in those markets. There won’t be much difference between New York (the largest U.S. market) and Dallas-Ft. Worth (the fifth-largest) but there is between Dallas-Ft. Worth and Houston (sixth-largest). Yes, even though these two cities are only separated by a couple hundred miles geographically, they’re separated by a couple thousand dollars in radio ad cost.

Radio boasts a listenership of around 243 million people. That’s 93% of the country tuning in to ol’ AM/FM dial every week. Most adults listen to their local AM/FM stations during the drive to work (morning drive) and on their way home (afternoon drive). Spots during these times typically tend to be priced higher.

The “sweet spot” audience age for most advertisers is 25-54 years old: the largest demographic of spenders. It does depend on what you’re selling, though. If you own a roofing company, you won’t want to target new adult contemporary, which has a larger demographic of female listeners. You’ll want to target the AM stations – talk, sports – where there is the largest listenership of men. Likewise, if you own a boutique, you’d want to target the FM adult contemporary or Top 40 station, which captures a larger number of women.

But – and this is a big but – there’s no guarantee who will be listening when your spot runs. And how active are those listeners really? Think about your work commute. You’re paying attention to the car in front of you (hopefully!) or distracted by work or family obligations…  not getting $5 off a dinner purchase of $25 or more.

What if the audience is interested? They’re not pulling over to write down your address or phone number. They’ll have to go off memory later – and you just need to hope they don’t confuse Tony’s Pizzeria with Anthony’s Pizza.

Think about the last radio commercial you listened to. Do you remember what it was about? Did you turn the channel instead of listening? Don’t forget those streaming numbers! A significant portion of radio’s audience is purposefully choosing to stream music so they don’t have to listen to ads. Sorry, Tony!

Advertising with Valpak means your consumers – the ones who live locally and want to receive your offers – have your ad delivered to their front doors. There’s no prime time for mail that makes one day more expensive than the other.

Every month you advertise, your ad is getting into the hands of thousands of people who want it and will use it!

You may be thinking that people don’t read snail mail anymore, but research shows that’s not the case. In fact, 62 percent of millennials have visited a store in the past month based on information received in the mail. Most of this demographic wants to receive coupons and ads for restaurants and retail businesses in their mailboxes too.

There’s also the personalization of receiving a Blue Envelope every month. There’s no other way to say it – when you’re sifting through your stack of mail and you come across Valpak, you do a little fist bump. Guess what? You’re not the only one; your customers do too!

People love receiving the Valpak envelope every month because they know valuable coupons from sought-after local businesses are inside. It’s almost as if Valpak has ESP. We don’t. But we do work hard to perfect hyper-targeting. What does that mean?

Valpak direct mail advertising reaches 39.2 million households based on several criteria. So, whether you’re selling pizza or windows, your target audience is getting your insert, for just pennies cents per household. Valpak audience targeting is leaps and bounds ahead of radio advertising, drilling down to multiples of 10,000 high-income, high-spender households, whereas radio is limited to a station’s broadcast signal.

Have you ever heard a commercial on the radio and thought, “That restaurant sounds great! I’d love to try it,” only to find out at the end of the spot it’s located about an hour away from you? Using Valpak’s direct mail system, you will never run into that situation. Your ad will only reach the most qualified homes in a specific radius of your business.

Households that receive Valpak’s famous Blue Envelope direct mailer have 32% higher household incomes than the national average. Their average home value is 33% higher and 72% are owner-occupied. 1 But, we can break this down even further.

When it comes to purchase power, Valpak’s audience spends:

Check out the Valpak Consumer Infographic for more purchase power statistics by industry.

Whether you’re a home improvement business or own an upscale salon/spa, your ad is only going to the households most likely to spend money at your business. With Valpak, everything you need for a successful ad campaign is included in the cost, such as creative ad design and marketing ROI performance tracking.

Did you know about 65% of the population are visual learners? That means they’re more likely to remember your ad by looking at it than only listening to it. Obviously, radio can’t cater to the majority. Your beautifully created, attention-grabbing ad sure can!

If you don’t think you’re the creative type – that’s not a problem at all! Valpak has a creative team that will design your ad using the lean ad design method. (View our Coupon Lookbook of ad designs for a complete guide to best practices.) This ensures you’re getting a visually appealing ad with analytics and insights that track results from lead to close to prove marketing ROI.

You may have a marketing plan in place. You may even have an in-house team executing it. But if you’re exceeding your marketing budget, or even worse, your expectations aren’t getting met, it may not be your team or your budget. It may be your marketing strategy. Valpak offers both brand-building and promotional opportunities when you combine our signature direct mail with our digital platforms.

This increases your audience engagement. Instead of targeting them on one front, we offer several different solutions at once. And, unlike radio, direct mail and digital advertising isn’t just on as background noise. Valpak has high readership and engagement – 9 in 10 households open Valpak and 81% look at every ad inside it.2

Even radio stations use Valpak. That’s how powerful advertising in The Blue Envelope® is. Valpak mailings resulted in a 47% lift3 in Nielson meter counts for an adult contemporary station in Tampa, FL. And a classic rock station in Orlando saw a 71% increase4 in average quarter-hour shares.

If radio stations see results from advertising in Valpak, you can too. Using Valpak to supplement your radio ads will give you even more profitability. 37% of radio listeners acted on a direct mail ad in the last month. That figure jumps close to 62% in the last year.5

The reason why Valpak works is simple. You can trust your message will get into the right hands every month. For more than 50 years, Valpak has been a champion of small businesses. Our sales procedures reflect this philosophy. While your radio rep may make the marketing process seem chaotic, Valpak will show you how seamless (and profitable) advertising can really be. If you want to increase your brand awareness and improve your sales figures, you need specialists who can handle every aspect of your marketing strategy. Contact Valpak today to get started. 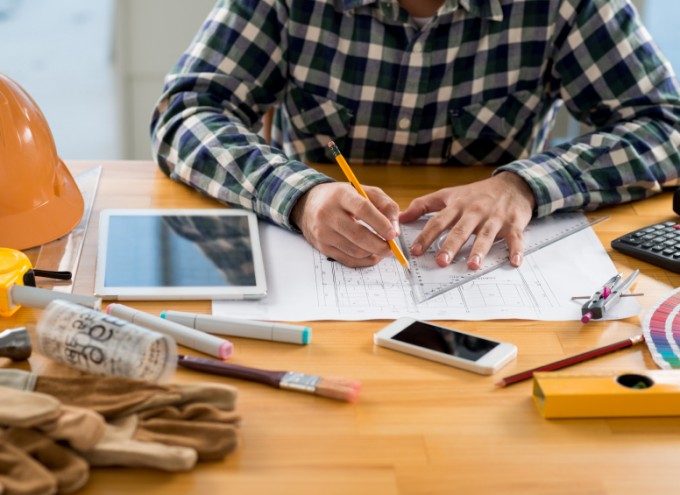 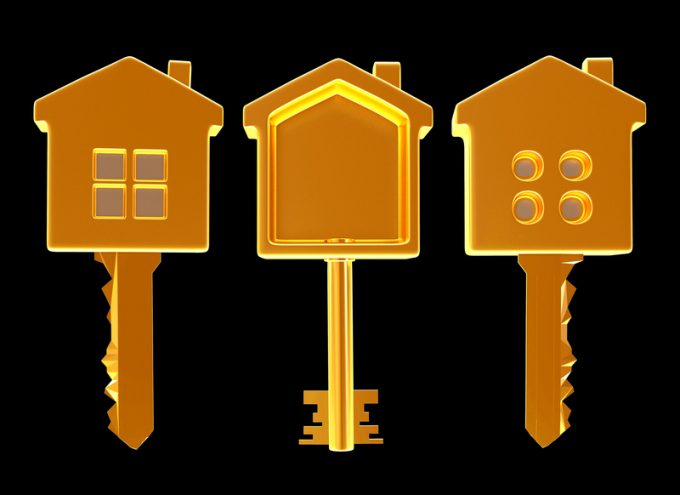